90% of Botigues' houses were destroyed byTyphoon Haiyan - but this small island's suffering, with less than 3,000 residents, didn't make the headlines. Islamic Relief is providing vital shelter on Botigues and other remote aid-deprived islets. These pictures show just a snapshot of the losses we've been able to relieve with your support.

Andreas // When Typhoon Haiyan hit, Andreas was at home with his children, and felt the entire house shake. Terrified, they hid in a corner of the room – until the house was finally ripped apart, forcing them to seek refuge with their neighbours next door. Together, they put a mattress on a table and sheltered beneath it until the storm passed. When they emerged, they found both houses completely destroyed. 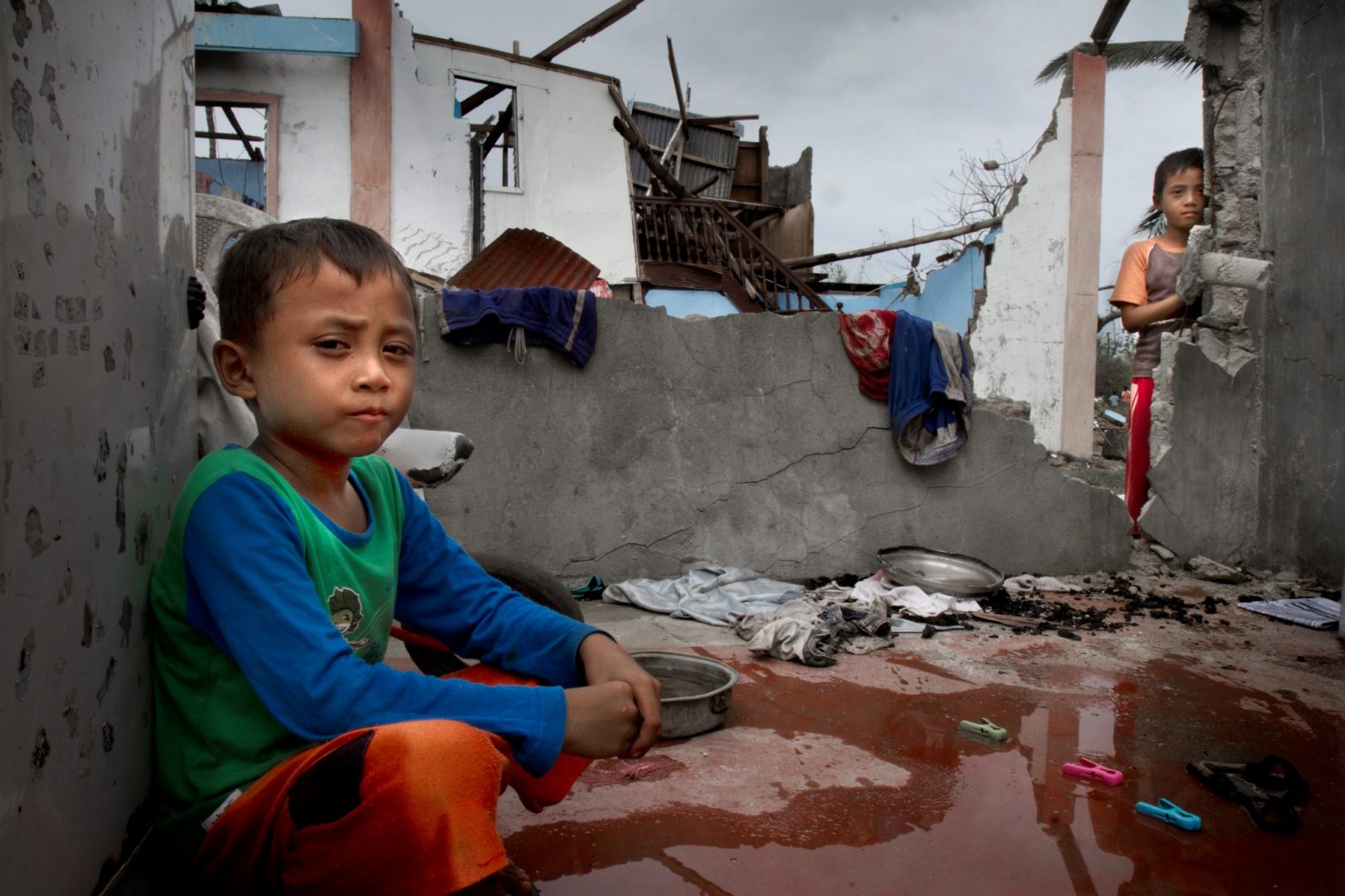 Born in a storm // On the island of Botigues is a month-old baby whose birthday will never be forgotten – because it was the day the family home was torn apart by the storm. Thankfully, both mother and baby survived the disaster, but when Islamic Relief met the family, they were living in a makeshift shelter built from corrugated iron, and the temperature inside was far too hot for a newborn. We are now providing them with a tent, which is not only safer and sturdier, but much cooler as well. 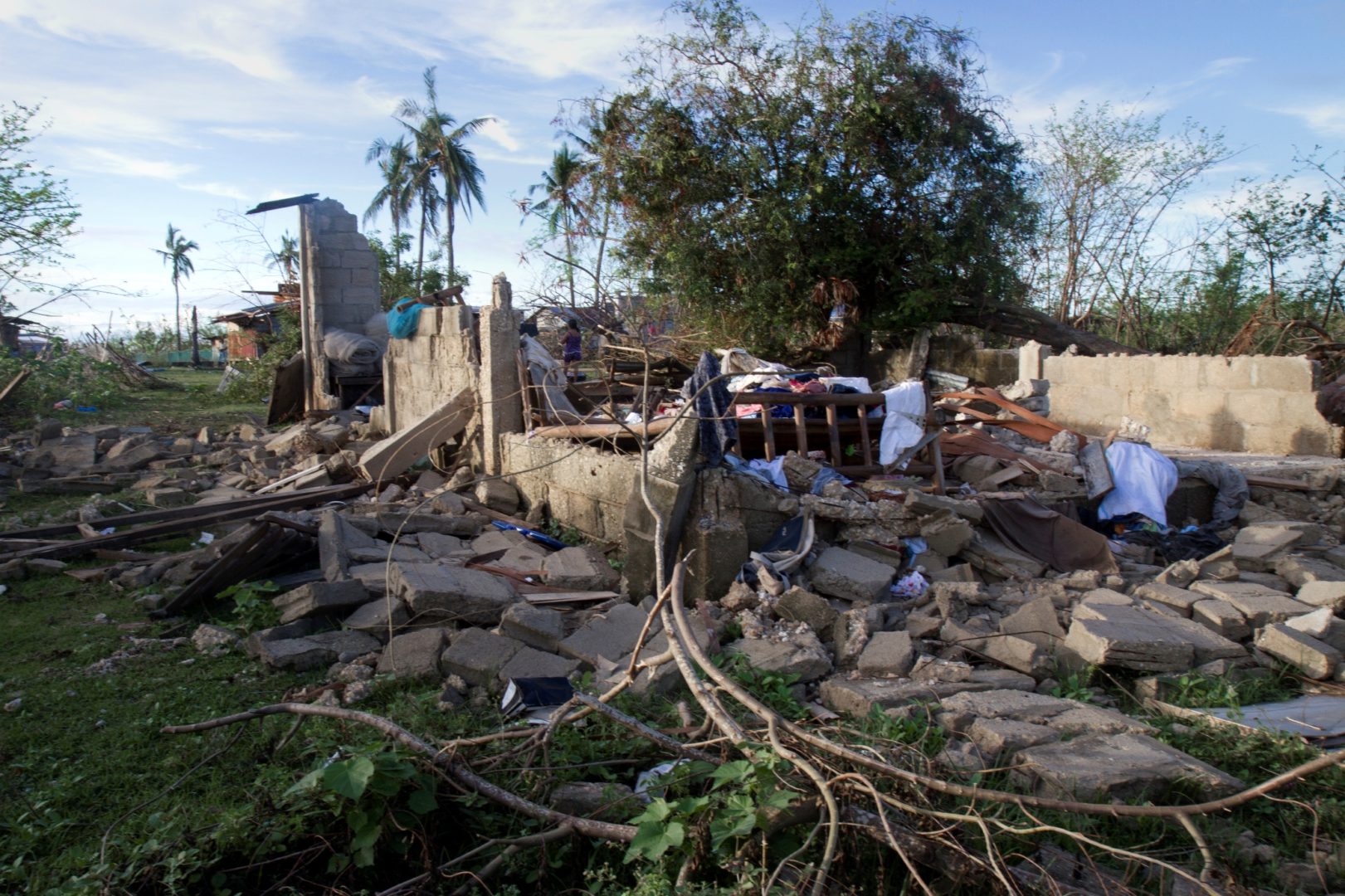 Annalee // Annalee Dewic was already facing a difficult time when the typhoon struck her house – she had recently lost her husband, and his coffin was being kept in the front room before the burial. The storm took the roof off her house, scattering possessions everywhere. There is nothing we can do to bring her husband back, but Islamic Relief is trying to minimise the family’s difficulties by providing Annalee and her father, Pablo, with temporary shelter. 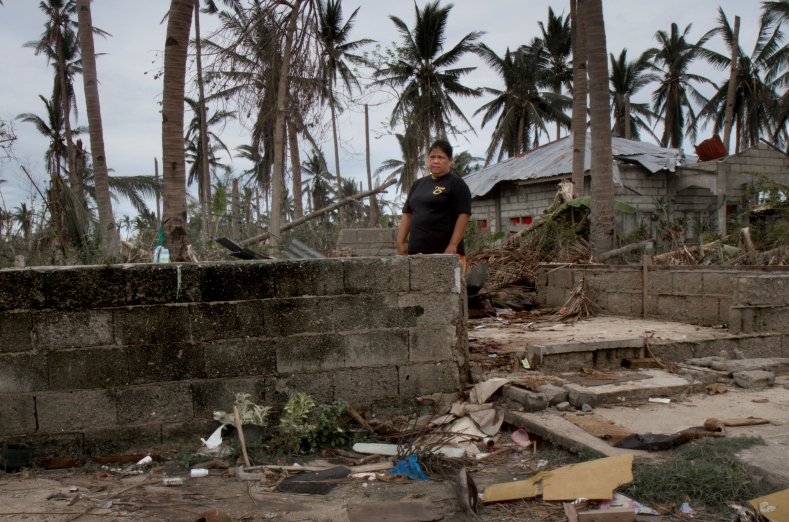