The first time Um Al Abed fled her home, she thought she would be safe in her brother's village. She never imagined having to run a second time - or that she would end up in a freezing tent, alone, in a refugee camp.

At first, Um Al Abed and her family were thankful. The roads around her neighbourhood in Hama had been destroyed, but still they could stay in their home.

Then the bombing in Hama intensified.

Forced to flee, amidst the fighting and the fear of being hit, Um Al Abed’s family sought safety at her brother’s home in a nearby village.

Then the bombing reached the village.

She left again, continuing her arduous journey until she reached a camp for internally displaced Syrians. Now, she lives alone in one of the camp’s tents, worrying about the family she left behind, fearful for their lives.

Life is difficult. At one point, Um Al Abed waited for 25 days before she could have a shower, as there was no water, or fuel to heat it. When she arrived, she had no blankets, only the clothes she wore. She relied on others in the camp to give her food, or she would have starved.

We pray that one day, Um Al Abed and countless other anxious mothers like her will return home to be reunited with their children. 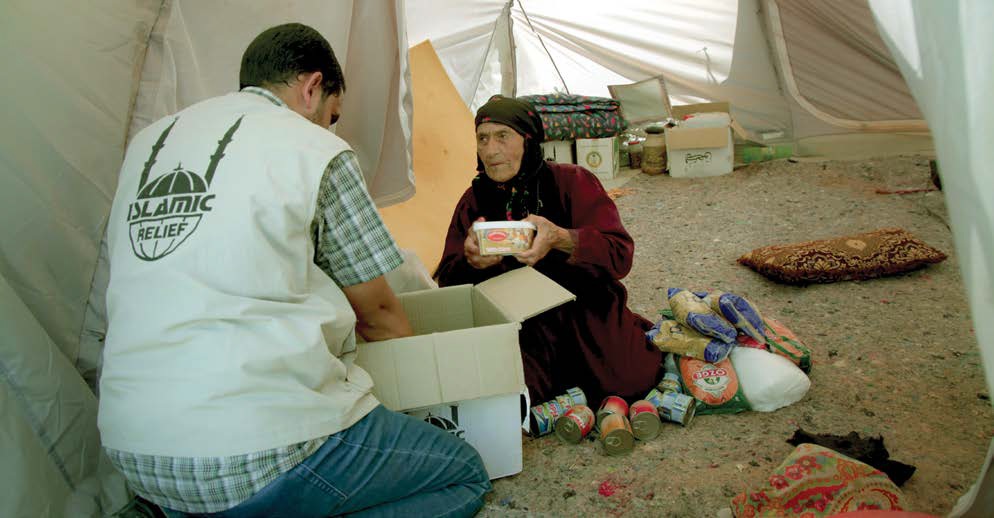 We have been providing relief to Syrians since the start of the conflict, working both inside Syria and with refugees in neighbouring Jordan, Lebanon and Iraq. We are supplying food, water, shelter and other essential items. Islamic Relief is also focusing heavily on healthcare, as many Syrians have been injured in the violence or fallen ill due to extremely poor living conditions.

With the Syrian region facing the worst winter in decades, Islamic Relief is providing vital aid to help Syrians inside the country, and those seeking refuge in neighbouring Lebanon and Jordan, survive the season. Our Warm Winters Appeal is supplying food, heaters, warm clothes, blankets and other essential support.