At Islamic Relief, we’ve been responding to some of the world’s largest disasters since 1984.

At Islamic Relief, we’ve been responding to some of the world’s largest disasters for over 30 years.

Our teams on the ground and network of local partnerships mean that we can respond quickly to communities in crisis, reaching areas where many other organisations cannot. We’re on stand-by to save and transform the lives of men, women and children hit by natural disasters, war and conflict. 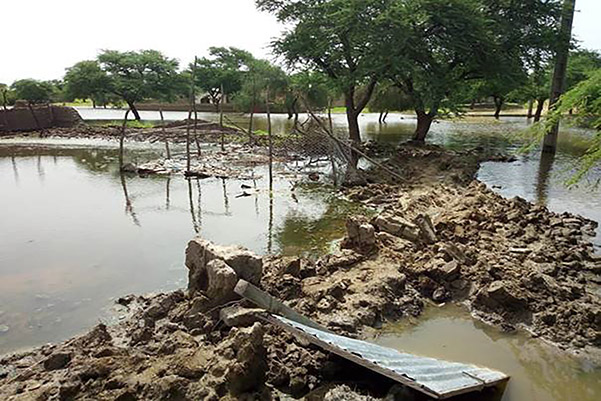 Excessive rains in Mali throughout the end of the summer has resulted in devastating flooding. More than 18,000 have been killed and over 3,200 homes destroyed. For local herders, the rains have meant losing around 1,800 cattle – their main source of income – and communities losing their food source.

We’re on the ground in the area of Nara (Koulikoro) where 4,653 people – mostly women and children – have been affected and communities left displaced. We’re providing critical food aid and non-food items including blankets and mats to support 1,210 people in need. With the provision of additional child protection training with local communities and authorities, insha’Allah communities – young and old – can stay healthy and secure.

A recent spike in seasonal rainfall in parts of East Africa – which has previously been suffering from long periods of drought – has resulted in widespread flooding across large parts of the region. In Kenya in particular, 211,000 people in North East Region, Coastal Region, Rift Valley, Nyanza and large urban areas have been affected, with a hundred deaths reported. Key infrastructure such as roads and airports have been damaged or destroyed as a result and the region is in crisis.

In March 2018, the region of Shkoder in northern Albania was hit by flooding after warm winds and increased temperatures caused snow to melt. Intense rainfall over subsequent days, combined with an increase in discharge from hydro power plants, then aggravated the flooding. River banks were left inundated and extensive flooding in several areas followed. This had a severe impact on the lives of 8,000 local people with 250 families forced to abandon their homes and as a result their livestock was also lost.

Islamic Relief responded immediately to help locals in need. As part of our response, we provided bottled drinking water, hygiene kits and blankets to 593 people in Ana e Malit, Dajc, Berdice, Velipoje, Rrethina and Shkoder who lacked even basic essentials, offering critical relief to those in need.

Years of ongoing conflict in Yemen has devastated the lives of thousands of families and left around 18 million people food insecure.

As part of our response to the crisis in Yemen, we’ll be providing lifesaving assistance to around 40,000 people (560 of the most vulnerable families) with essential aid including: food baskets with wheat flour, rice, pulses, vegetable oil and sugar to last one month and kitchen sets including a range of items such as plastic buckets, plates, cooking utensil and plastic mugs. Insha’Allah this will help save the lives of some of the world’s most vulnerable people.

After conflict intensified in the district of Khogyani (Nangarhar province) following a series of clashes starting in in October 2017, more than 50,000 people were left displaced. Thanks to the rapid response fund, Islamic Relief was able to provide food and financial assistance for those affected.

Identifying the most vulnerable families, we also distributed care packages to 620 families (4,903 people), including female-led households, families taking care of orphans, the elderly and those living in severe poverty (on less than £20 a month). Families were given emergency household items and shelter kits including: blankets, plastic sheets, jerry cans, solar powered lights, kitchen set, plastic bucket, soap and winter clothes for men, women and children which offered some crucial form of stability in their time of crisis.

It’s thanks to your generous donations that we’re ready to respond when crisis hits. If you’d therefore like to support our rapid response work, please donate towards our Global Emergencies Fund. Save a life now.