Fleeing from a massacre

When families in Mustafa's neighbourhood were brutally killed - including his sister, husband and children - he took his family and fled Syria. Hungry and sick, he eventually reached Jordan, where Islamic Relief have supported the family ever since - but as winter storms sweep the country, refugee families like Mustafa's are at risk...

Fleeing from a massacre – Syria crisis

Mustafa Abdul Latif fled the Syria crisis with his wife, Fatima, and their children following a massacre in their neighbourhood. Mustafa’s sister, her husband, their two-year-old daughter and four-month-old son were all brutally murdered.

Mustafa, 48, and his family moved three times within Homs after the killings, but never felt safe. Food shortages saw them go hungry for almost a week, and so they decided to seek refuge in neighbouring Jordan.

Now, Fatima and Mustafa receive food vouchers from Islamic Relief, enabling them to purchase all they need to feed their family. “The vouchers help us a lot – that’s how we’re surviving,” said Mustafa.

Most crucially, when Mustafa developed a blood clot in his heart, we paid for the life-saving surgery to remove it. “It was very difficult to breathe – I had chest pain and was sweating heavily,” he remembers. “I was in hospital but they couldn’t do much. I needed an operation but there was nobody to help except Islamic Relief.”

They may have escaped the Syria crisis, but as harsh winter storms sweep across refugee camps in Jordan and Lebanon, thousands of families like Mustafa’s are at risk. Islamic Relief is providing blankets, warm clothes and mattresses to help them survive the cold months. 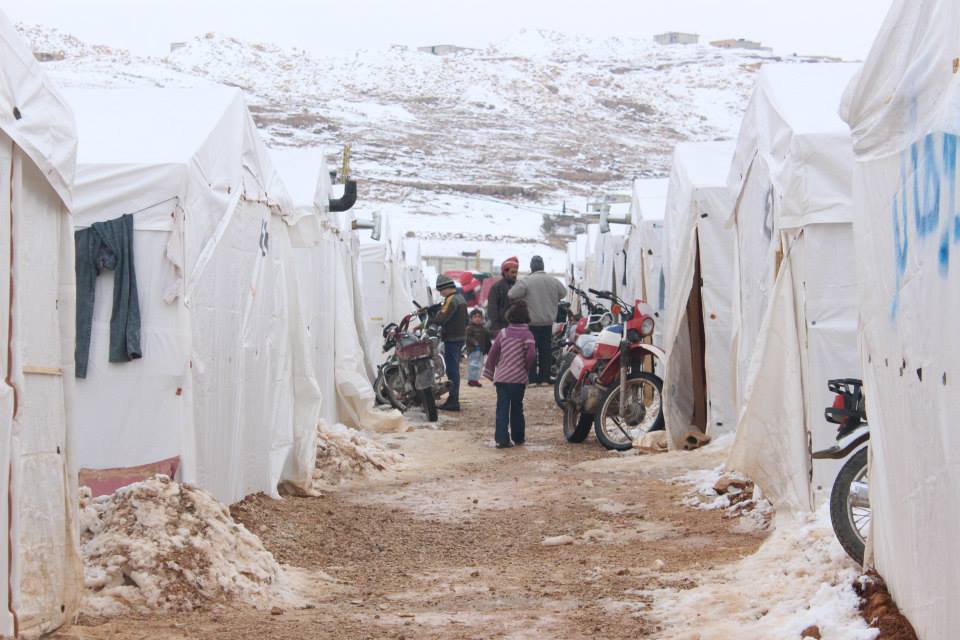